We were so excited to share the Crimson Spires demo with the public this week! At this point in our development, the game is approximately half complete. A lot of the game is done, but we still have a long way to go! So we'd like to share some of our development process with everyone here. This is a continuation of the dev log we used to keep on our Patreon (currently closed). We'll try to post with more updates as time allows!

As excited as we were to make the Crimson Spires demo public for the first time, we experienced plenty of frustrations preparing the build. This game will probably be our largest yet in every way, including memory size. We knew we would need to delete a lot of assets from the full game in order to trim the demo to a pallet-able snack size. And this meant deleting a LOT of assets.

To spare you many tedious technical details, I’ll just say that we had trouble deleting the correct assets without causing errors. Our first few build attempts were missing some important files, so they failed. It took several attempts to juggle files around before we got a build that worked. But we finally got it working, and now we’re really excited to receive feedback from people who try it out!

The Scandal of Jones’s Pants

We also had the pleasure of sharing our demo with a live audience this week. It was a great opportunity to watch reactions in real-time and gauge people’s reactions to the opening of the game. In a group setting, people’s reactions can be heightened and more apparent than an individual playing alone. People might voice thoughts and reactions to the group that would otherwise stay quiet. In this case, a lot of people in the room started laughing when Jones’s first appeared. 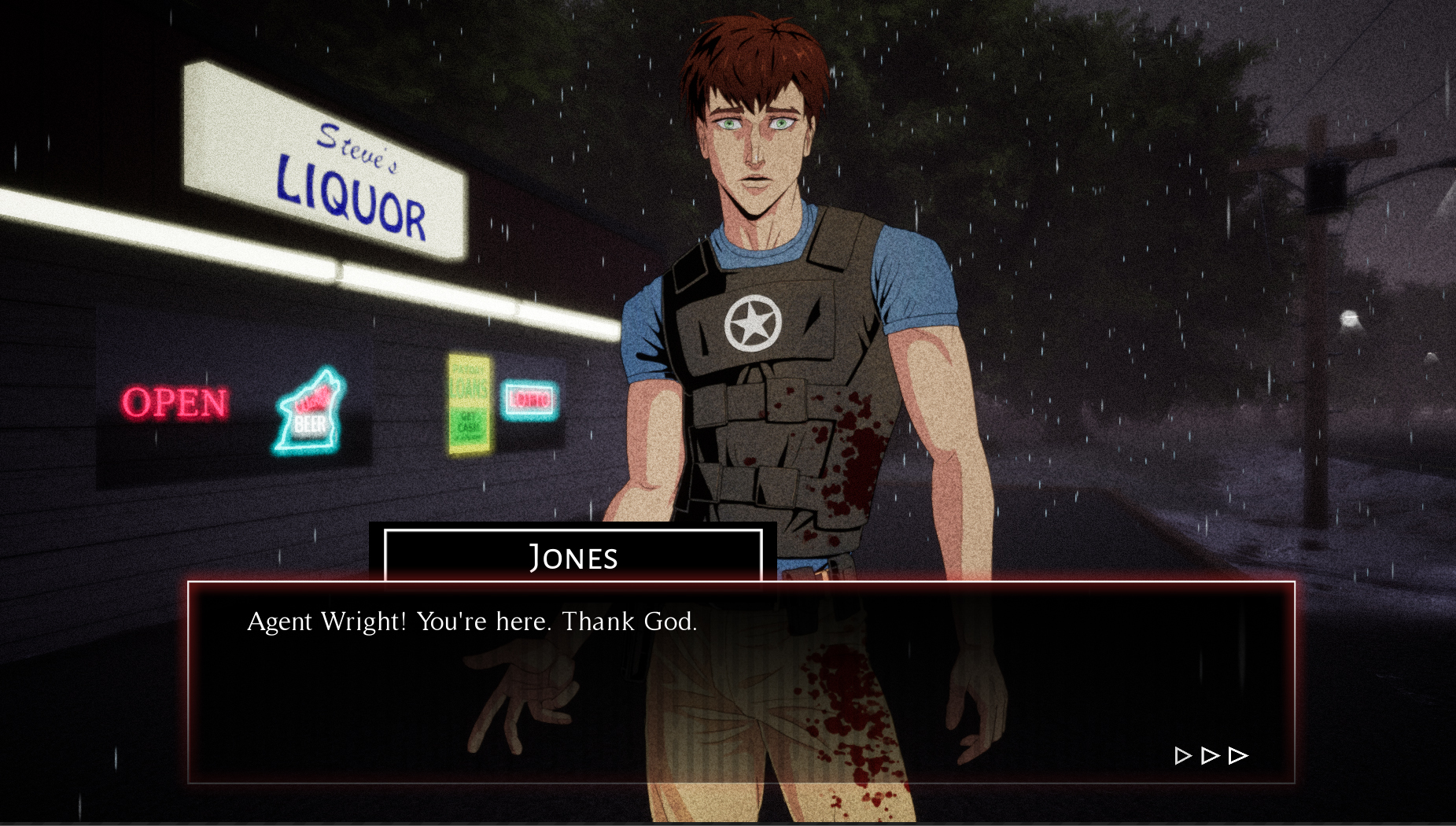 We’ve demoed the game before, but always with individuals playing the demo alone. Never before did we get the reaction we got this time: a lot of people laughing hysterically. And it’s because they thought Jones had no pants on!

I’m not sure if it was the size of the TV, the color settings, or if it’s just something that no one had ever commented on before. But it did, in fact, look like Jones’s had no pants! So naturally, after laughing along with everyone else, we got to work fixing this as quickly as possible. 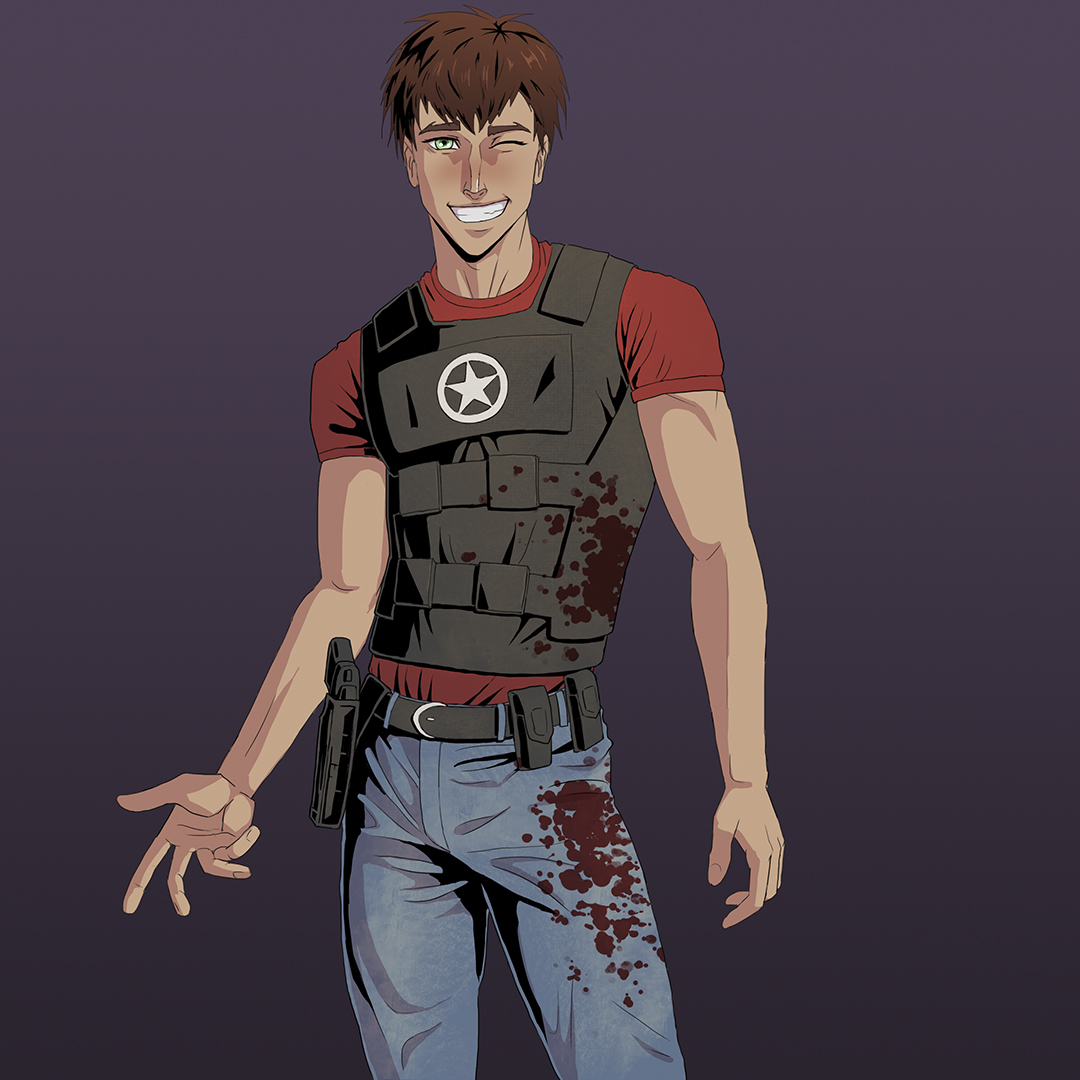 Now Jones has nice blue jeans instead of skin-colored khakis. Someone also suggested we make his shirt red; it’s an inside joke you might get if you play through the demo ;)

To help build out the world of Bataille, as well as provide some variety to the environment, we’ve ended up using a few content packs purchased from the UE4 asset store. We’re very careful adding these to our game, because we’re aware that haphazardly throwing together different modeling/texture styles can lead to an aesthetic mess. Whenever we use something purchased from the asset store, we go through all of the models and textures and make sure that they are sufficiently low-fi, often modifying them to fit the style we’ve already developed.

Even though this is time consuming in its own way, it still is probably faster than building everything from complete scratch, especially when it comes to modular content. What is modular content? Walls, doors, roofs, and other sections that can be combined to make custom buildings. These are incredibly helpful because (a) they’re usually easier to modify to match our style and (b) they can be used to make a variety of structures. 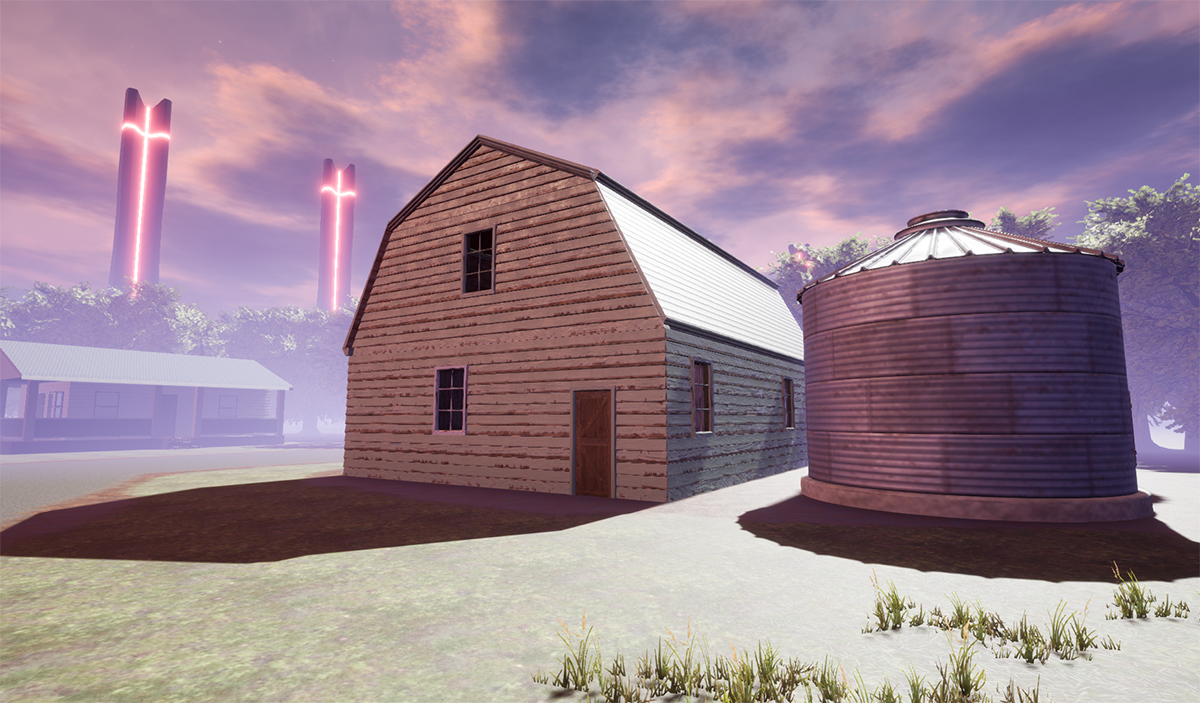 This week, we picked up a content pack specifically for building barns. Since a decent amount of Bataille is spread out and rural, it makes sense there would be a few farms in the area. Unfortunately, this pack was a little more difficult to use than the other two we’ve added to the project, specifically because of how it flipped certain meshes by using negative scale values. This isn’t something we like to do in our projects for some complicated reasons related to using instanced static meshes, so we had to manually edit several of the modular pieces and build our own actors within the game. It wasn’t a big deal, however, and now we’re ready to fill out some of the outskirts of Bataille with farms/abandoned barns.

Romantic Music for a Horror Game

A challenge we’ve often faced while working on this game is meshing the horror elements of the story with romantic themes. This challenge presents itself in the music, as well. As we worked on blocking romantic sections of the story, we realized we needed softer, happier music that was not yet present in our soundtrack.

To solve this, Jenny composed a new song in a major key, but she tried to maintain a faint element of bittersweet sorrow in a few areas. To balance it with other tracks, she used a lot of the same instruments present throughout the soundtrack: strings, guitar, clarinet, and viola. She threw in a little harp to emphasize to the wistfulness of romantic emotions.