Today we have a big development update! Firstly, thanks to everyone who has played the demo so far and provided feedback. Based on the suggestions and criticisms we received, we made a few changes that we hope will improve the overall game experience.

As we began to block out an exciting action sequence in the story, we came upon an all-too-common challenge. How do we suggest a large amount of movement and action within a scene while constrained by static 2D characters? Sometimes movement can be suggested with slides and camera shakes, but other times, those motions look silly and dampen the player's imagination. In the example below, we couldn't find a good way to position the characters so that August still seemed to hold a knife to Jones's throat. 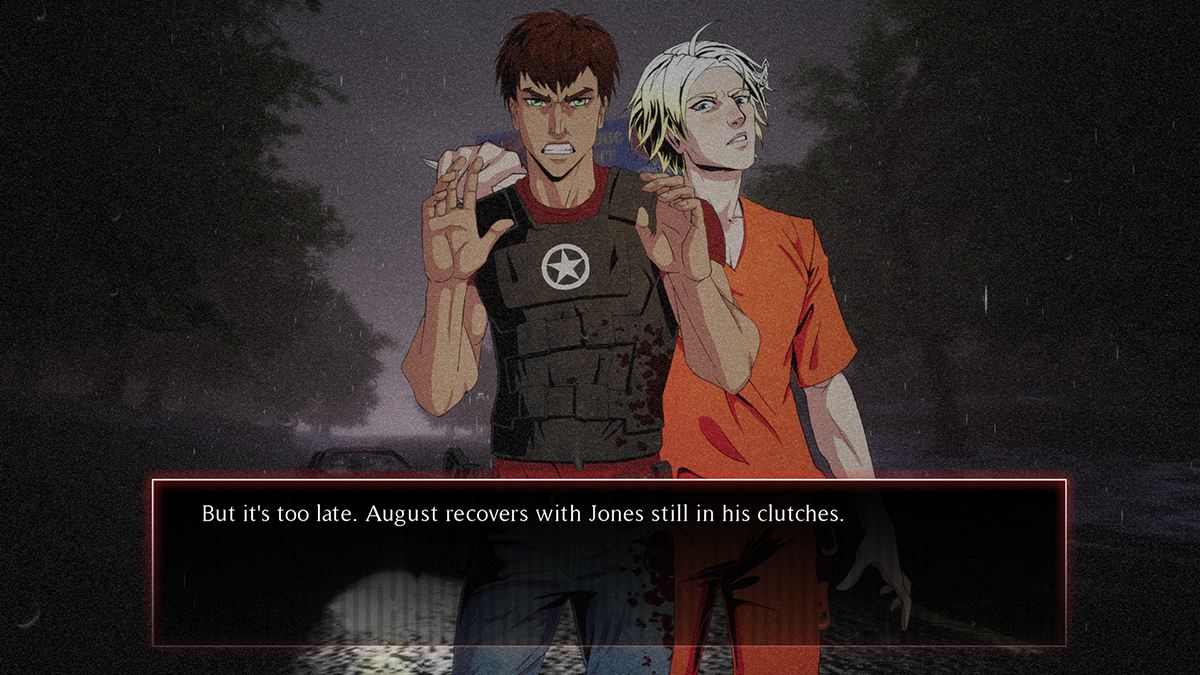 The character sprites can't properly overlap in this situation...

We consulted a fellow artist who has taken an interest in the project, Mike Harvey, who gave us a great idea. We could take a lesson from comic books and use panels to suggest some action while leaving the rest to player imagination. 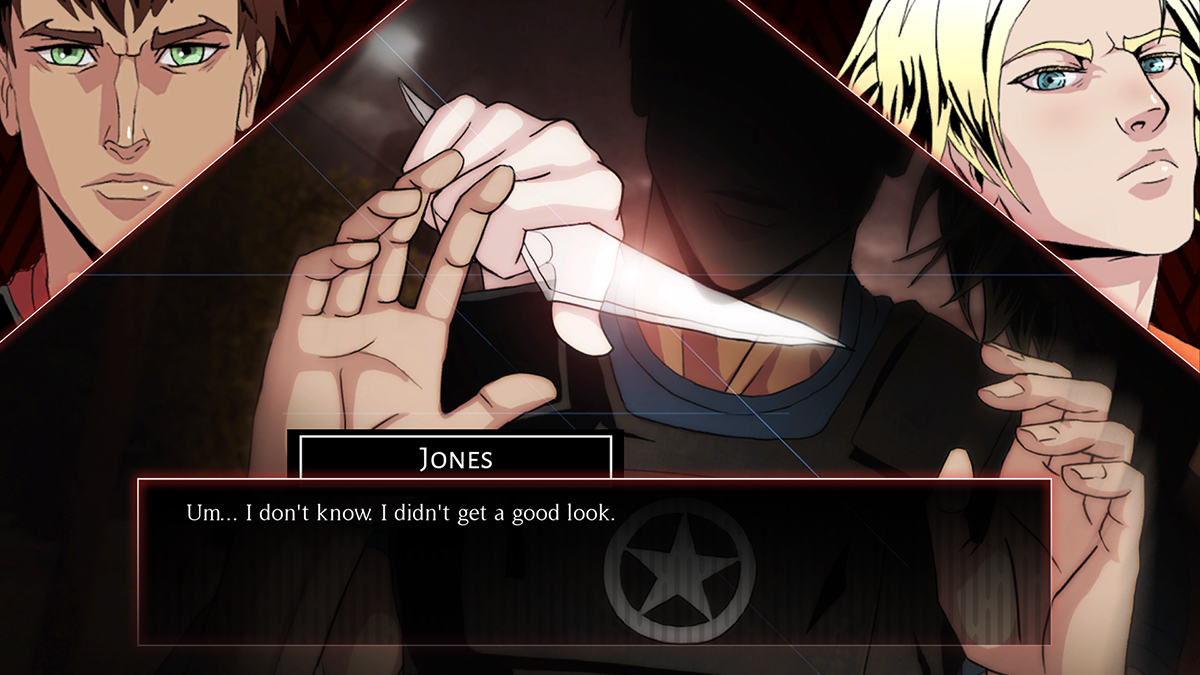 With panels, we can catch a glimpse of off-screen characters with a more dramatic flare than the typical side-portrait. Scenes like the one above are still a bit tricky to set up, and we might need to keep tweaking it. But overall, panels will be a fun feature for us to play with to increase the drama and action of exciting scenes.

We can also use the panels to display minor characters in an abstract way. Long conversations with a minor character become more visually appealing if that character remains on screen. 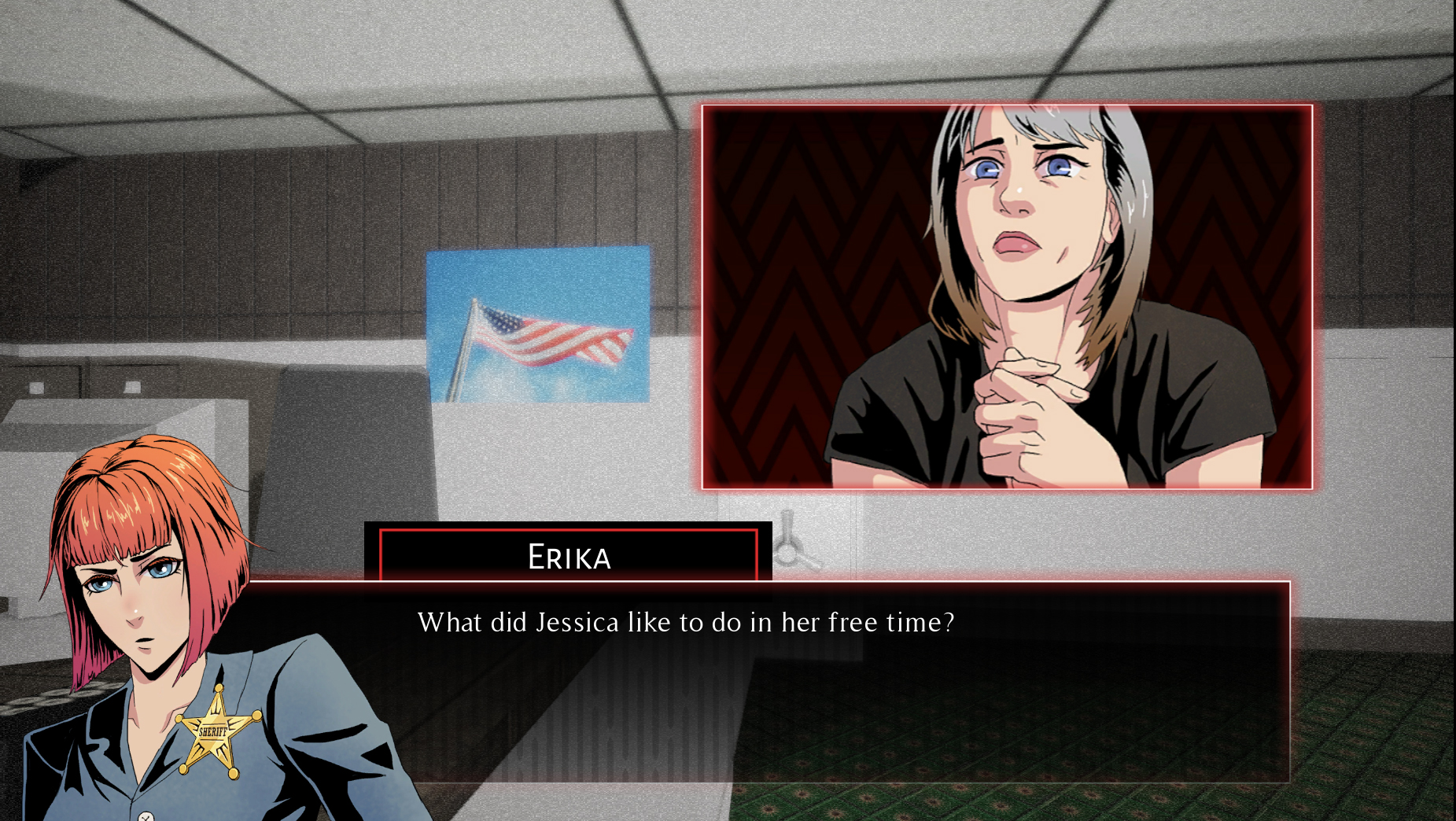 We've talked in the past about how we occasionally work in/adapt UE4 Marketplace assets to Crimson Spires, but usually that comes up when there is a very specific asset we need and we search to see if there is a sufficient existing version that would save us the time of making it ourselves. This time, something different happened.

Every month, UE4 offers a new set of free assets that all developers can claim and use in their projects. For May, they offered Chameleon Post Process, a blueprint that applies a set of post processing effects. We've had our own journey creating the camera effects in Crimson Spires, starting with using the UE4 Post Processing volume to apply film grain, then setting up our own custom effect using Post Processing Materials. 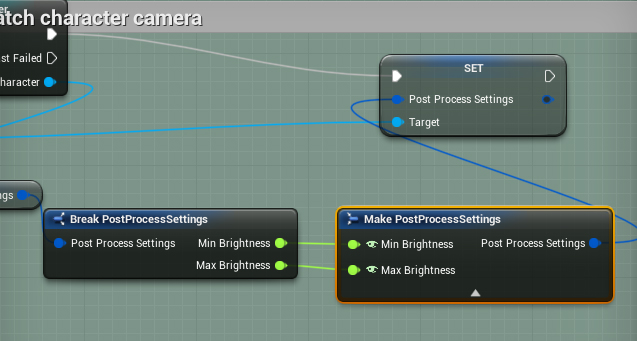 When we tried out the Chameleon effect, we discovered that it could easily do everything that our custom effect could and more. We could still have the scratchiness and CRT noise we apply regularly in the game, but we could also use it for a few other dramatic effects in individual scenes. This left us with a hard decision to make of whether to replace our Post Processing with Chameleon. We could have never known that this Blueprint would later become available to us when we did our initial post processing work, but it's still hard to throw away stuff you've worked on. We eventually decided that the extra effects would be worth our begrudging acceptance that we didn't have to make the effects ourselves a few months ago.

Once the decision was made, we carefully went through and replaced our PP volumes with Chameleon, which revealed some inconsistencies with how we maintained our effects between our player camera and cinematic cameras. This problem would have sprung up eventually, and we're glad we were prompted to fix it. 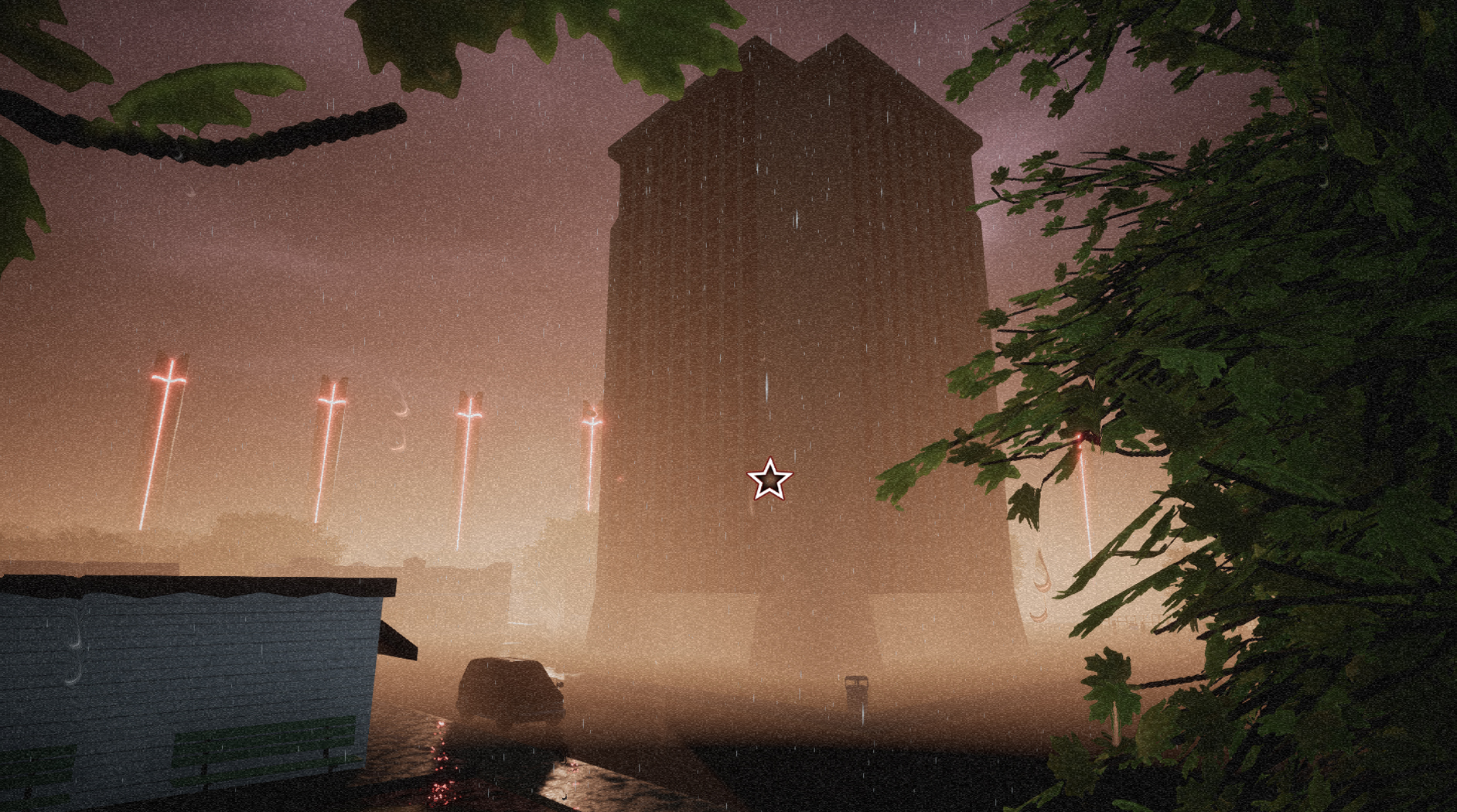 I have very little coherent to contribute (yay update!), other than to say that the comic book panel version looks REALLY good, and works as intended as far as I'm concerned.