A downloadable game for Windows

The small mining town of Bataille, Missouri has been cordoned off from the outside world for six months. The inhabitants have no idea why. All they know is that ever since the so-called "Contingency," planes no longer fly overhead, strange creatures have been glimpsed beyond the perimeter, and large mechanical towers will gun down anyone who tries to escape. As Sheriff Erika Wright searches for the truth, she must listen to the advice of a serial killer, mingle with extreme conspiracy theorists, and negotiate with vampires.

You can try out the free demo here: https://woodsy-studio.itch.io/crimson-spires-demo

As Erika struggles to maintain order in Bataille, she uncovers startling secrets and makes unlikely alliances. Eventually, she must choose a partner in her quest to find the truth. The story will have four completely unique story branches depending on Erika's partner, each of which reveals a new secret and a chance for Erika to find romance. 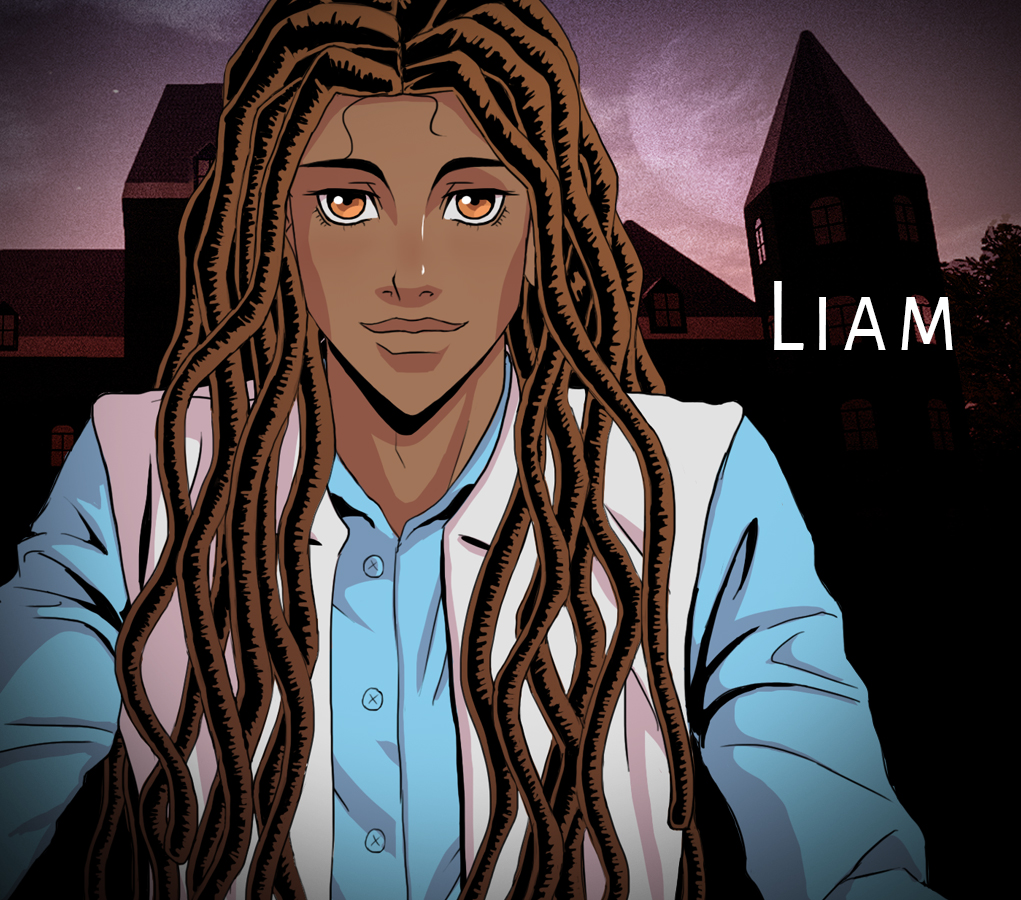 Adopted by the Bataille family at a young age, Liam Bataille has always struggled to feel like he fits in with the family. He’s easily the nicest member of the Batailles with an optimistic attitude, and he regularly urges to Erika to relax and have fun. But his loyalty is frequently torn between his personal virtue and his desire to please Julian and Charlotte. 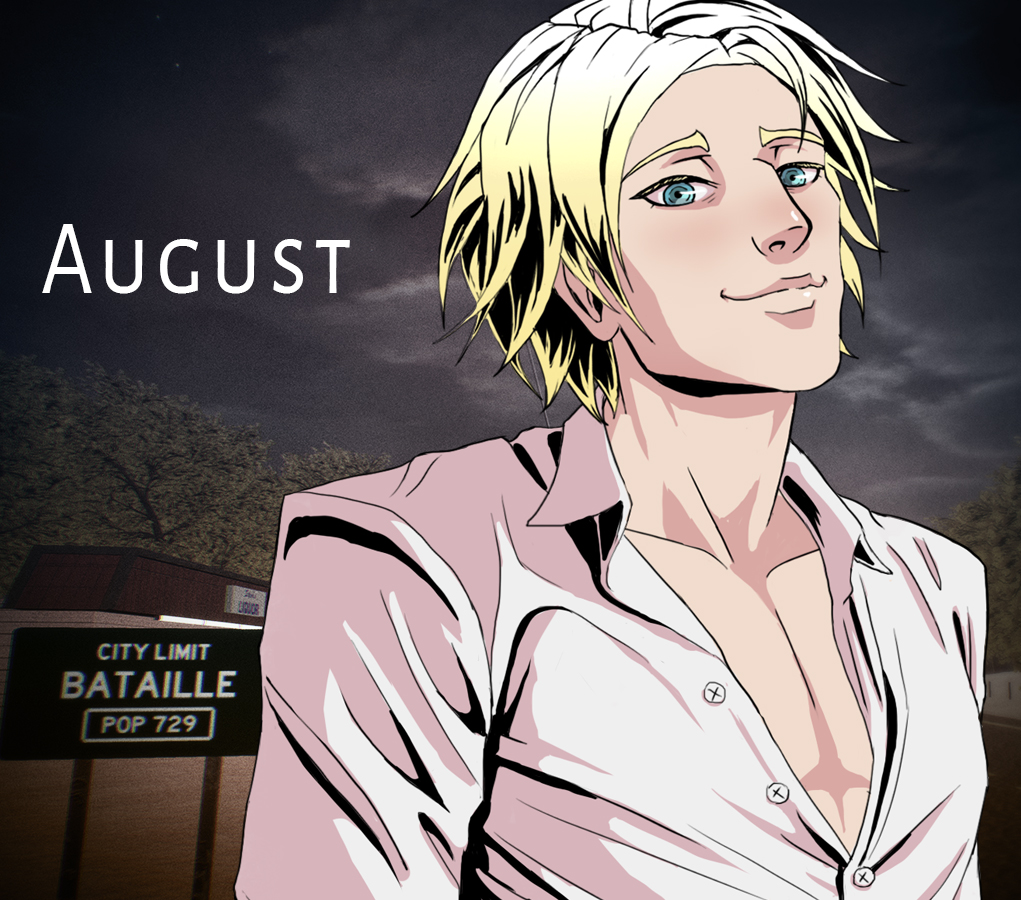 Before the towers rose, August Flynn was a philosophy professor accused of 7 murders, coined the “Heartbreaker” for removing the victims’ hearts. Erika doesn’t believe his claims of innocence, but she might need his expertise against darker forces.

In order to download this game you must purchase it at or above the minimum price of $19.99 USD. Your purchase comes with a Steam key. You will get access to the following files:

Are you gonna release it for android ?

Are there plans for a mac-friendly version of this game? I'd love to play it but I don't have a PC :(

Crimson Spires is an amazing game! The world building is stunning and detailed. I'm captivated by each and every one of these characters, even Charlotte as they're all written with so much depth. Erika has to be my favorite since her personality and intelligence really stood out to me in the realm of otome game  MCs. I especially enjoyed reading her banter and dynamic with August. My favorite line is where she says "Don't insult both of us by pretending you had some reason to be skulking behind me and then act like I'll believe you." xD

The voice acting and music are very immersive, and while I was playing it really felt as if I was part of this world and discovering more alongside it with Erika, who was just as confused as I. I don't think I've ever played a game that's captured so much of my interest before or made me think so much!

The endings are a little unclear (I've only play August's and Liam's) which  was frustrating for a while (but in a good way!) They made me wonder "what did I just read???" It felt as if there was a big revelation to be found but I simply couldn't understand it, or maybe I didn't understood the characters/world well enough to know what the endings meant about the world around them. Honestly I think the game left me with more questions and I wish someone had a long detailed analysis of the characters and/or story so I could get some answers haha xD

In the end, I realize I actually really enjoy the openendedness since it leaves a lot to for you to interpret and  encourages readers to play the other routes to see different sides to the characters/story. Which I definitely will be doing in when I have time! c:

P.S. I really hope there'll be a sequel!

I absolutely adore this game and Julian and August are my favourites, any chance of their being a sequel in the future? The only thing i didn't like about the game is the 3D explorable areas, I am not a fan of First person games. Thanks so much for making such an incredible visual novel.

This game is so good! It's delightfully dark, and I love the art style. The story is interesting, and the characters are wonderful.

I would ask for an option to remove the film grain, if possible, since it has caused some eye strain!

I really have to ask: am I the only one bothered by the stupid film grains??? It's making me very sick, OTZ, wonder if it's possible to have a patch to remove it or something?

I bought it just now for Steam! I loved Serafina's games, and I've been waiting for this one so I'm super excited. Only problem is that my laptop heats up a LOT while playing (even with low quality) and it's a gaming MSI laptop, so it shouldn't do that... I mean, playing games like Witcher 3 heats it up a lot less, so idk whyyyy

congrats on your release! do you intend to release a mac version sometime in the future? :)

Thank you! We don't have a Mac version planned at this time

I absolutely adored this game. Very well written. I've had no life but this for the past few days.

Got all the good endings. Still confused about some things, so I was just wondering if there's an intended sequel? Should I be playing through the bad endings as well?

It was really hard not to choose August every time, haha.

Edit: Reading up, apparently I got the black bug screen bug at the end of some of my playthroughs. Does that affect anything?

Thanks Raziara! You are seeing the intended content and clues. If the game is very successful we do have some additional content in mind, but I don't think it would give you what you're looking for.

We are not sure why the "black screen bug" sometimes occurs, but I believe you are only missing a link back to the main menu, nothing more.

haven't finished the game YET, I just need to take these small breaks in between gaming since it's so angsty at times. absolutely love the game so far tho, I chose August's route first, so i'm excited to see where it leads:) def worth the money, such a great crafted game with an exciting storyline, it really keeps me on my toes<3 i'm excited to see what you guys will publish next, I'm rooting for you and I wish ya'll the best of luck<3

I think I of course got the back ending on my first try with august 😭. Will there be a guide on how to get the good ending?

You can find a player-made walkthrough on Steam here: https://steamcommunity.com/sharedfiles/filedetails/?id=2264657640

Hello.  I wanted to ask can I play this with a controller? Just a thought :)

Yes, the controls work with a gamepad controller :D

Since the Steam forum is basically abandoned, I had to come here to ask.

Anyone experiencing delays between the lines? It happens randomly, even after left-clicking or using the spacebar the lines just stay still for a few minutes, then continue as usual. Also happens during the point-and-click mode.

Not sure what caused this since it still happens even when I use the lowest settings available. I love this game, but this bug(?) definitely lowers the enjoyment when I play the game.

Have you tried playing it outside the Itch app (run the .exe from the downloaded contents)? It may perform better this way.

Actually I got it on Steam (which is why I posted here since you seem more active here.)

I tried playing it outside the Steam launcher by running the exe file, and the delays are not as bad (though they are still there.) Hopefully the achievements will sync later.

Thanks for the suggestion. :)

That is happening to me too. I had to put it to the lowest setting. It's a big game!

Good to know I'm not the only one having this problem.

You might want to try what the devs suggested, may not be the best solution but the game runs a little bit smoother now (at least for me.)

This is a first game I ever commented on. It is such a delight!. The story is so interesting, and compelling. I love Erika very much, she is a perfect lense with which we can observe the mystery unraveling. And I love how natural it feels. There is so much going on within the narrative, yet is is so plausible because the writing is super good. (I hope this all makes sense, English is not my first language, sorry!)

First game I have ever bought on Itch.io. Cant Wait to play :)

Just bought it and I'm so excited to play! Amazing job guys.

One question, does this come with a steam key as well?

Yes, as of this morning I added Steam keys!

Hello! I just purchased the game and am having an issue with downloading the game file. I keep receiving the following error message "unsupported compression algorithm". Was wondering if anyone else is having the same issue? Or if anyone has any tips on resolving it?

I am having the same issue.

Also, occasionally it crashes with the message: "Unreal Engine is exiting due to D3D device being lost ox887A0006"

I'm sorry you're experiencing a crash. You might want to try updating the driver for your GTX 1660. Here are some other tips about the issue: https://www.drivereasy.com/knowledge/solved-unreal-engine-is-exiting-due-to-d3d-...

Thank you! I will try this. Excited to play more!

Updated my graphics card and experiencing no issues now. Thank you!

I'm sorry you encountered this issue! I repackaged the game and I hope it has resolved the problem.

can the game only be bought with paypal? not a debit card?

I had the same issue too since I recently deleted my PayPal. The game is also on Steam so I bought it from there using my debit card :)

thank you for answering, I ended up just making a paypal acc, and bought the game afterwards:) lowkey panicked when I saw I couldn't buy the game with a debit card, but it's all good now, lol<3 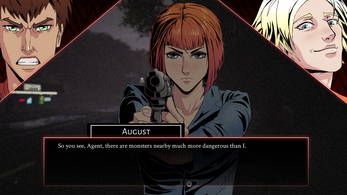 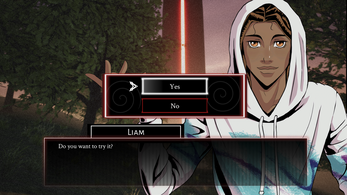 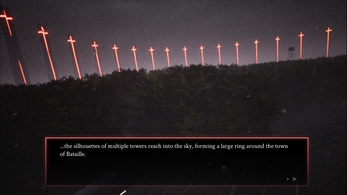 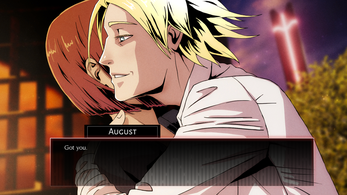 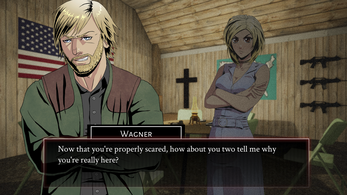 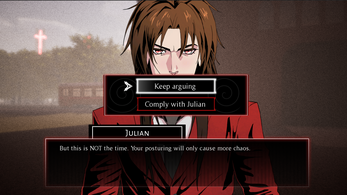